On February 13 (day #19 of my month of Daily Life posts), in amongst the daily tasks of cooking, cleaning, and caring for family, I did my final burn tests on the candle wicks.

Unfortunately, the wicks still fell over, even after being carefully centered, held in place, and kept straight while pouring the wax. So that theory of mine was busted. Very frustrating.

But I decided I did like my new method for reusable wick stands and keeping the wicks straight. Paperclips and rubber bands. In fact, I also used the same to use a completely different kind of wick. A popsicle stick! In the picture below, you can see how I used the paperclip to hold the popsicle stick. I did the same thing with the wicks I tried. Theoretically, once the candle is burned, you can get the stand out and use it again. 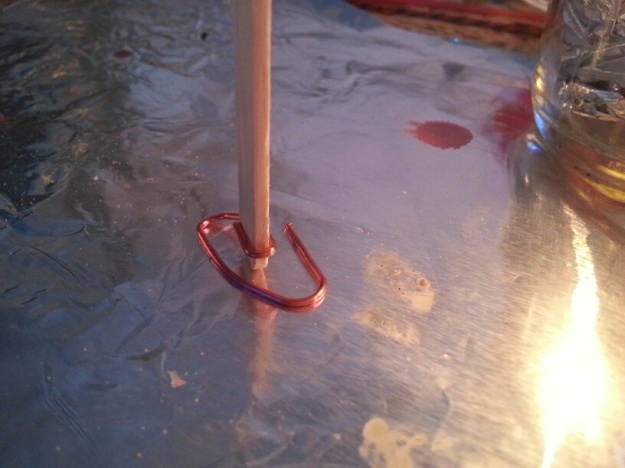 Then, I wrapped some rubber bands around the jars and put the wicks in the middles, using the rubber bands to keep them centered. I was then able to pour in the wax. I did it in two pours this time. The first time I poured just enough that the wick base was submerged. I let that cool for a bit to solidify so that the wick wouldn’t move around when the jar was full of wax. Then I poured the jar the rest of the way with wax. This worked great to keep the wicks straight and centered till the wax firmed. Well, kinda.

One thing I learned is that when the wax cools, it will create a depression in the middle. This is no big deal with the small little jars I was using. However, when I tried to make a candle in a pint jar, the wax well was so large it pulled the wick down into the candle and rendered it unusable. This was not a problem with the popsicle stick since it is so rigid. With that one, I just filled the depression with more wax and let it solidify. I think if I was going to do a pint with a regular wick again, I’d have to keep it extra long and secure it somehow so it wouldn’t be sucked down into the well.

BUT, I don’t plan to fiddle with making any more jar candles in the near future. I was not impressed with the results. I’ll stick with tapers if I need to make my own candles without store bought wicks.

And the popsicle sticks weren’t really the answer either. True, they didn’t have problems with falling over, and they stayed burning for nearly 12 hours! So in that sense, they were great. And if you’re using the candles for ambiance or aroma therapy, then there you go. Use popsicle sticks as wicks. However, my reason for doing this testing was to know how to make candles in the event I ever HAD to make them for daily life. In that case, I’d want them as a light source, and in that area alone, the popsicle stick wicks were lacking. They burned steadily, but not very brightly.

I didn’t get any really good pictures of the burn test this time since there wasn’t anything to show. The picture below is of the popsicle stick candles (a small jar and a pint jar) when we were about to blow them out. They had been burning just like that all day. And since they burned with such a small flame, they hardly burned any wax. 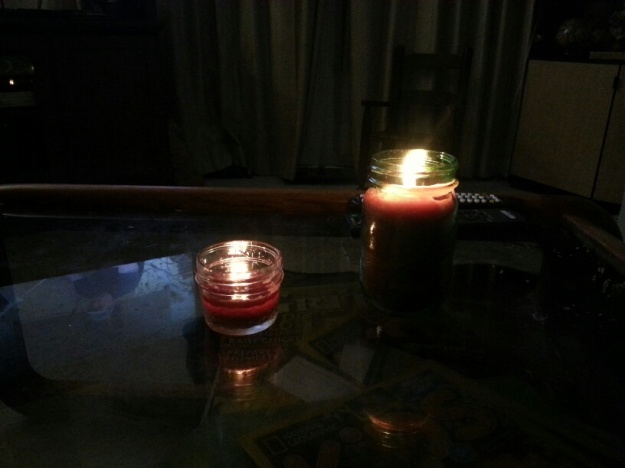 So my final thoughts on all this: if you ever need to make candles in a survival situation, use a regular cotton string (no need to treat it with anything), and dip it in melted wax over and over till you have the size candle you want.

On to Day 20 (February 14th). After church, we drove some friends out to a resort near the coast (they don’t have the transportation), and decided that since we were going to be so close anyway, we’d just keep going and spend some time on the beach.

Well, as usual on the Oregon coast in winter (or any time of the year really), the weather did not cooperate. But we came prepared and still had some fun. 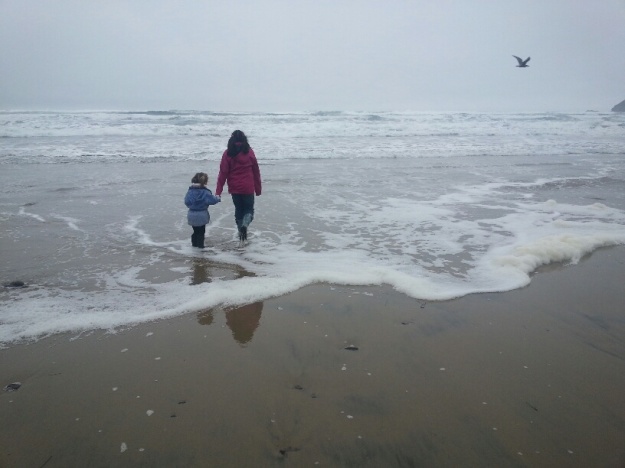 Once it got dark, we stopped at a seafood place for dinner. Normally I stay away from breaded items since wheat affects my arthritis, but as a once in a while treat, I can tolerate it. We were going to get their clam chowder since we know it is dynamite, but they had run out. 😦

But let me tell you, The Fish Peddler has some killer fish and chips (well, fish, anyway. Their fries are good, but normal)! 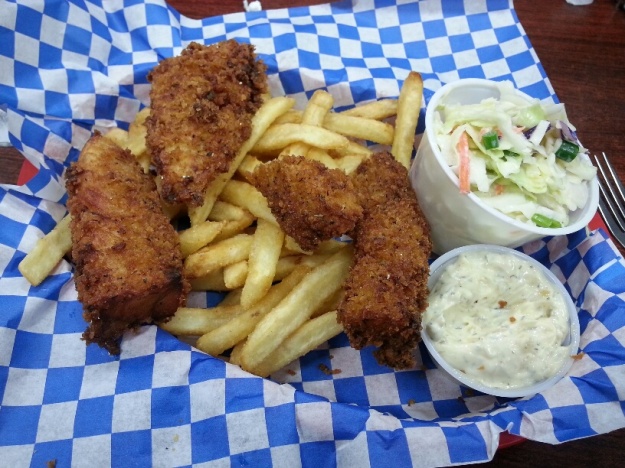 I love the breading on the fish. Mmmmm…

It was sooo delish. And so far from what I typically eat that it really did feel like a treat.

It was a good day.

Day 21  (yesterday, February 15) was a momentous day, but also filled with frustration. 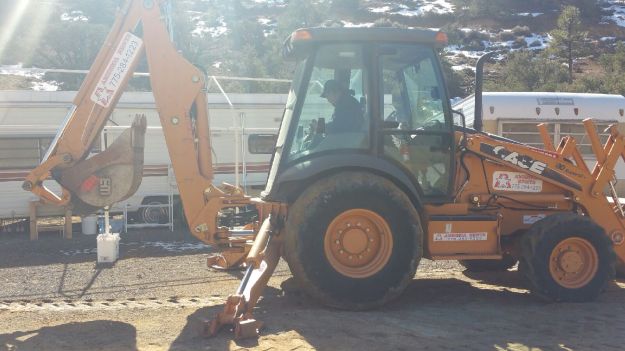 Know what this picture is?

We were so excited to finally be getting something done. My dad rented the hoe and tried to dig us our needed trench.

“Tried” being the operative word.

We knew it was rocky up there, but sheesh! He worked for a while with that thing and wasn’t able to get deeper than 3-4 feet deep. The trench needs to be 13 feet deep. Grrrr….

So now we have to have some engineers come up to the property, take a look around, and help us figure out what to do. And by “us”, of course, I mean my parents. Stinks to live so far away! But awesome to have such a wonderful support system down there.

So that’s where we are with the building. Can’t get our plans submitted for our permit until that trench is dug, and can’t dig the trench till we figure out how to do it.

In the mean time, I’ve started the project of documenting our food consumption. 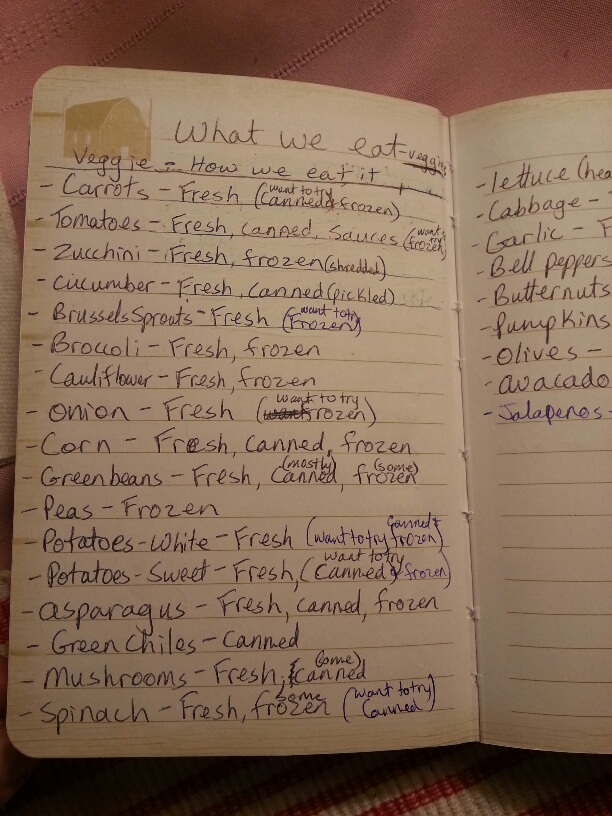 I figure if we’re ever finally in a position to finally grow most of our own food, we should know what we normally eat and how much. It’s staggering to look at these lists and think of producing all that ourselves. And the picture above is just the veggies! BUT, aside from the olives and avacados, I was pleased to see that we can theoretically grow all that food (eventually) on the homestead.

My next step is to start quantifying how much of each item we typically eat. Some things, like asparagus, we love, but only eat it when it’s cheap at the grocery store. So it shouldn’t be too hard to grow as much as we might eat in a year. Other things like green beans and especially onions…yeah, we’d have to grow (and successfully store) several hundred onions to keep us in a year’s supply. Definitely worth more data collection.

And lucky me, I love that kind of work. 🙂 And it helps me feel like I’m actually working toward our goals for the homestead, even while sitting here in Oregon.

So that’s it for the last couple of days. It’s now been three weeks of me blogging about my everyday life. Only one more to go. 🙂

I think I’ve mentioned it before, but I keep a garden journal.

It’s a journal which helps me remember when I planted, how long it took for things to germinate and produce, how well things did, etc. 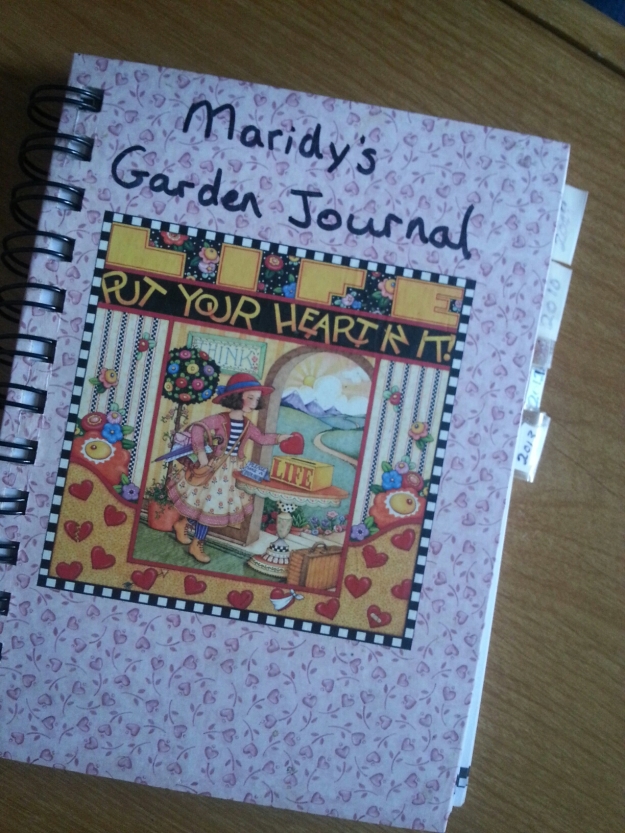 I started my first journal in 2009 and finished it in 2013 (I didn’t garden in 2014 since we moved twice that summer). I started a new book in February of this year. I usually use whatever blank journal I have on hand. (And since I’m a journaler by nature, I always have extras laying around.) 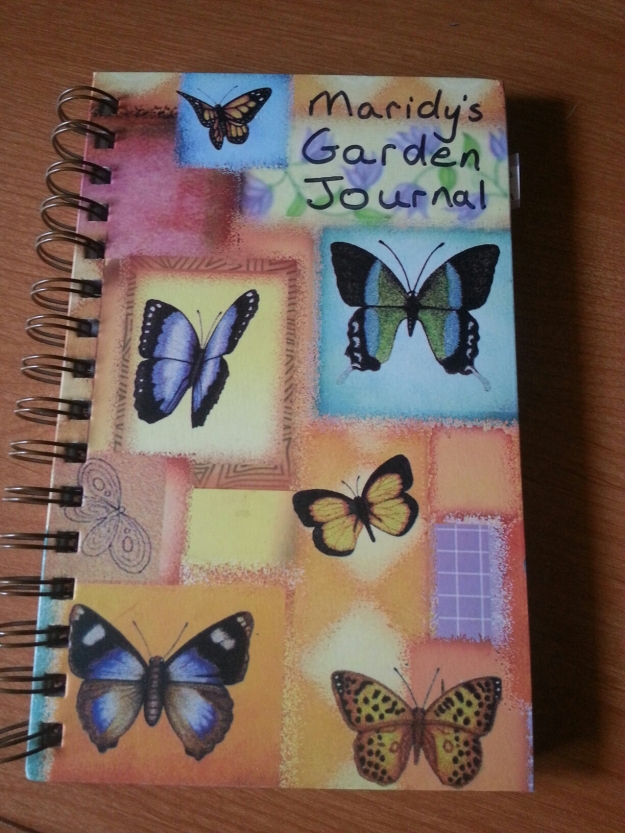 I don’t like pre-printed journals which have questions for you to answer since I find them too confining. I want to write about what I want to write about. Or more than likely, they don’t leave me enough space to write. I like to use a conversational voice when I write and tend to write a lot (have you noticed? 😉 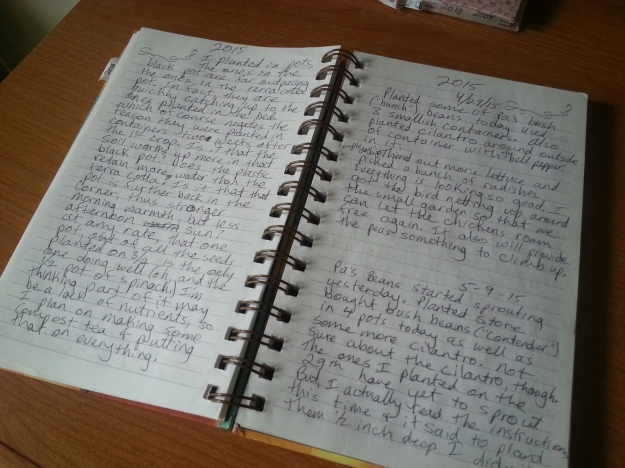 So even though I just started a new joirnal this year and it will take me a while to fill it, I bought a new one yesterday at Michaels craft store.

I just couldn’t pass it up. 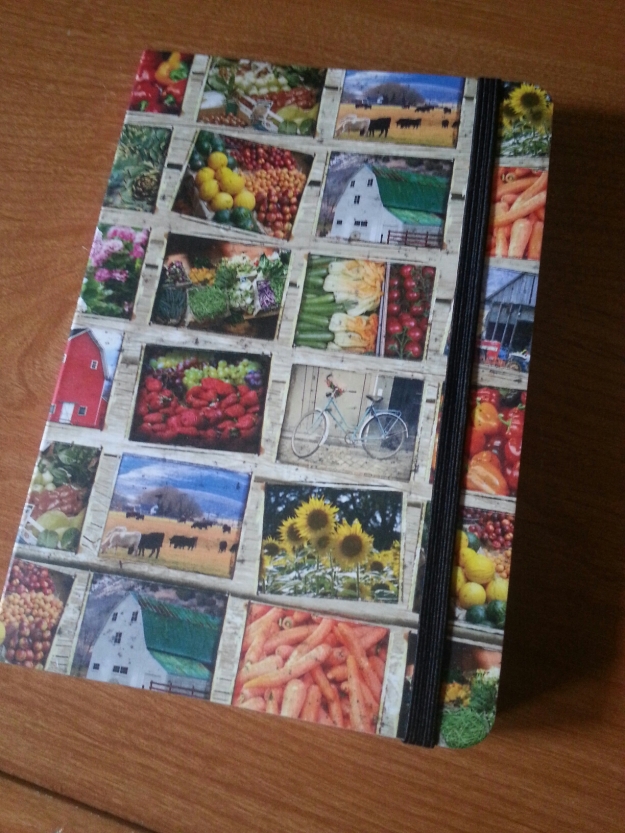 Look how incredibly perfect it is for gardening and farming and all sorts of homesteaderly stuff! (Yes, I just made up a new word!) In fact, I’m wondering how I can use it sooner, because I don’t want to wait till my current journal is finished. 🙂 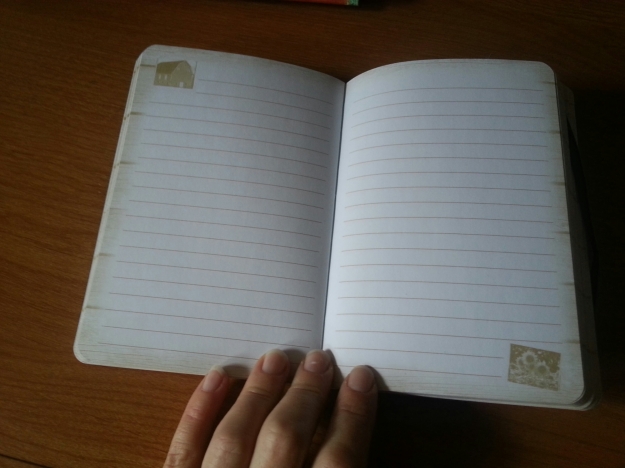 I know a couple of homesteading friends who might just end up with one for Christmas.

I’m thinking I see a trip to Michaels in my near future.

How about you? How do you keep track of all your homesteading endeavors?